Riding to Paris for Bastille Day

In 2004 we began to get serious about fancy dress. The 14 strong Nutcrackers team donned their tu-tus before we cycled along the Seine and out of Paris.

For some years Mumfy (now off his bike and key member of the support team) had been bringing his 1930s police uniform. On the Rouen Le Havre day in 2004 he was standing by the side of the road merrily waving traffic on when to his surprise more or less all of it was returning a few minutes later with bewildered drivers asking him questions in French that he did not understand before they then drove off in the other direction. They would then return and then drive off again looking very puzzled! This continued for some time before Mumfy realised the problem. He was standing by T-Junction directly in front of sign to a wedding to which all these confused travellers were desperately trying to find! 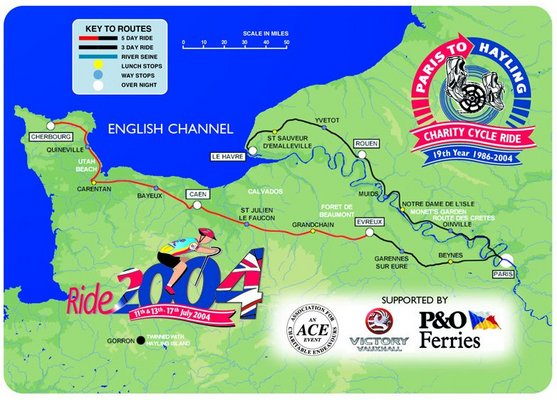